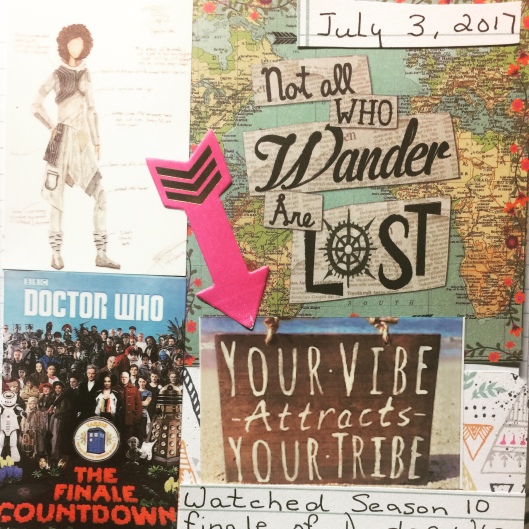 It must now be twenty years since I read Stephen King’s book; the craft of writing.

In that book he advocated that any serious writer must be committed to writing at least one thousand words a day.

It was a promise that I made to myself time and again, but never kept.

Today is January 1st, 2018, the first day of the new year and I have made two New Year’s resolutions.

The first is to commit myself to writing one thousand words a day. I feel I have a better than average chance at doing this because on December 28th of last year, less than one week ago, I retired after working 29 years at the post office. This retirement did not come one minute too soon. After suffering a serious shoulder injury last fall which rendered my tow motor driving days at work over and done with, the horrible night shift of 3:00 am to 11:00 am has left me exhausted.

My husband who retired last summer make it very clear to me that my retirement would be filed with everyday walks and plenty of activity.

Well, that hasn’t really happened yet because of the extreme temperatures outside. Indeed, every day seems to set new low temperature records. Even some of last night’s new year festivities were cancelled due to public health and safety.

As for my second New Year’s resolution, it is about 44 years since my school band instructor Mr. Inglis told his music student’s that if you undertake a hobby and commit yourself to it, you must strive to learn at least one new thing a day. It doesn’t have to be anything overwhelming, but something you noticed, that you have never noticed before.

About a year ago, I began to notice that I was beginning to take on an interest in watercolour art. My daughter had purchased a travel sized watercolour palette that really began to peak my interest.

What made me take notice? You ask…

Well, it was probably when she, my husband and myself were making our way through security at England’s Heathrow airport. She failed the carry on luggage test when the screening noticed something odd in her suitcase. It was pulled over for inspection much to our chagrin. Anytime you are pulled over to have your suitcase inspected the world seems to grow dark with shame and fear.

In the end it was her travel size set of watercolour paints that caught security’s attention.

They opened it up and asked her what it was.

They allowed her to pass through their sacred portals along with her box of paints. However, they made it clear to her that had they been in liquid form, they would have been confiscated.

During my summer holidays in June of last year, I bought myself a box of paints and some paper and began to paint.

However, I found joy in my awkward paintings. Underwater scenes seemed to be the nicest ones that I produced.

I began to dabble my way around the internet and you tube looking for direction.

From “The Watercolour Misfit” I eventually learned how to properly push water and paint around the paper. Mind you, I still need a lot of practise of this and many other things.

Anyway, my second New Year’s resolution for this New Year is to learn something new each day.

This, of course does not strike me an overly time consuming commitment, yet I recognize it will require some sort of dedication.

And so, on this first day of the year, I discovered not only one, but two epiphanies in regards to the fine art form of watercolour…

The first discovery came when I was doing a pink flat wash background for a bird that I had sketched onto my cold pressed watercolour paper.

Noticing that in my paint mixture, there were small specks of debris, it didn’t take me long to figure out that they flecks had come from the rubber eraser of the pencils that I used to sketch my drawing. I had erased several pencil lines and did not think to ensure the remover of the eraser leavings. That’s a mistake I will not be making again.

The second lesson came as I was putting away the tubes of paint after I had finished painting.

I noticed that the white tube of paint that I had used to highlight my bird’s eyes with was missing it’s small little cap. It was in that moment that I realized that after removing the cap on a tube of paint, you must immediately replace the cap.

Because those little caps are so small, once misplaced, you will be hard pressed to try and find it.

Good thing that I had made a new palette of cooler hues of blues and greens and had emptied several tubes. I retrieve an empty tube from the garbage, removed the cap and rinsed off the dried paint from inside.

And voila, I had a replacement cap.

While, I was at it, I retrieved two more caps from other discarded tubes. I know myself well enough that I can be quite absent minded when I am preoccupied with my tasks at hand.

And so, there you have it. I know two things that I did not learn yesterday.

Tomorrow, I will write of the painting books that I made.

To be honest with you, I actually had three epiphanies today, however I’ll leave it to next time.

I was just informed by my husband that I don’t have to worry about running out of paint anytime soon.

It seems that along with the three reams of paper that I asked him to order for me, he also mistakingly ordered another three boxes of 18 count paint tubes.

I am going to be doing a lot of watercolour painting this year.

There’s going to be a lot to be learned.

There’s even more to be done.

When I was young my father would often catch me writing at the kitchen table.

He would ask me what I was writing about and I would proudly tell him that I was working on a story I had made up.

He would then shake his head sadly, look me in the eye and say:

“Any author will tell you time and again that it has been proven in order to be a good writer you have to:

…WRITE WHAT YOU KNOW.”

I remember rolling my eyes at these words and dismissively turning my thoughts back to my work of fiction while he would go his own way and continue to putter around the house.

And that was that.

I don’t think I ever finished that story.

In fact, I can’t even remember what it was about.

Years later, the first author that I ever seriously paid attention to was Erma Bombeck.

At the time I was a newlywed and struggling with the concept of trying to maintain due diligence in the upkeep of hearth and home.

There was no manual to consult.

I found myself looking forward to Erma’s segments on the television show ‘Good Morning America.’

With her priceless self-effacing wit, she recounted her struggles as she strived to maintain the illusion of a perfect housewife.

She talked about keeping up with the household chores, the dog, the kids, the husband, and the ongoing hopelessness that she was doomed to fail on all counts.

Basically, she was obviously…

‘Writing what she knew.’

However the most incredible thing about this wonderful lady was that she did all that with an spark of humour.

Through her wit and wisdom, I learned I was not alone in my domestic futility.

The first book I read written by Erma Bombeck was:

“If Life Is Like A Bowl Of Cherries Then Why Do I Always Get The Pits?”

What housewife could not love that title?

And with every couple of weeks I would return to my local library and pick up her books one after the other.

With each book, I learned to laugh my way through the housekeeping blues.

And if I couldn’t laugh, I could at least smirk and then move on.

The most important lesson that I learned from her was when I was a young mother.

In her newspaper column she related her struggles trying to balance a clean house with a young newborn.

Unfortunately, I have never been able to find that article again after reading it only once or twice.

However, her lesson still resonates within me.

In a nutshell the column went something like this:

“Who really cares about the dust underneath the toilet when there is a brand-new baby in the house, to be played with, fussed over and loved?”

She of course was absolutely right.

….”Let’s sit down and talk” request or

Not even by way of the dreaded

It came in the form of a small decorative wooden plaque.

It was about the size of a regular business envelope. The quotation was engraved in beautifully scripted gold lettering.

“Take good care of your future, because that is where you will spend the rest of your life.”

I was able to immediately sense the truth in this little proverb.

During my teenage years there were times I stared at that plaque long and hard as it stood atop my bedroom dresser.

More than once those very words kept me from falling own that slippery slope when I felt myself perched on what could be a life altering decision.

This saying eventually became my mantra and has stayed with me from the teenage years right through to my adult life.

….especially my own girls,

….even when they didn’t want to listen.

And now, it has been my great pleasure to have been able to share it with you as well!