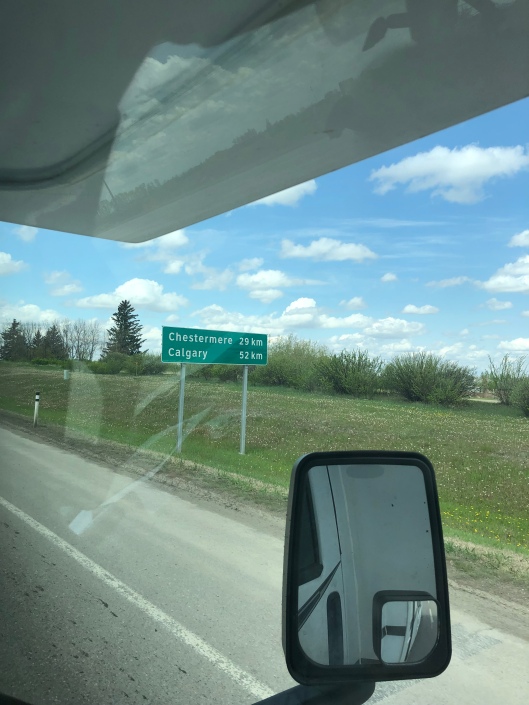 And so it came to pass that on the morning of May 24, which was day fifteen of our journey, I received a message from Koodo, my cell service provider that I had used fifty percent of my allotted data for the month. I had only 3072 MB left until the end of my billing cycle which would end June 11.

That was nineteen days away.

First thing I did was delete apps which continually and automatically download news, notifications, photos, etc.

Next, I tried to take advantage of any available wifi, which was practically nothing. Some campgrounds only offer one or two free hours of wifi a day, and even that was sketchy because the signal weakened the further away you were camping from the campground office.

Then, I had to prioritize what I wanted to spend my precious cellular data on.

That would be posting to my blog.

Frank was finally able to resolve my dilemma by signing both of us up for another two gigs of data each for only five dollars a month. This brought me up to eight gigs a month. Now, I had at least four gigs instead of two until the end of my billing cycle.

I was sad to say goodbye to Eagle Valley Park in Maple Creek, Saskatchewan with all of it’s colourful and continually fluttering birds and of course the resident doll house, but there was no doubt much more to see in the coming days and weeks ahead.

Our next stop was the Alberta border where of course we stopped for the obligatory selfie, then it was onward through Medicine Hat and Calgary. 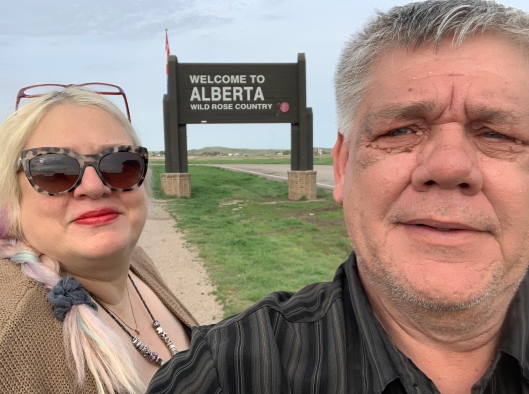 By 11:45 a.m. we were ninety-one kilometres from Calgary and to my surprise, the terrain was still surprisingly flat. There was no sign of a hill let alone the Rocky Mountains.

When we did finally hit Calgary, we were in the midst of thunderstorms and a very dim sky.

If anything surprised me about the city of Calgary it was the vastness of what looked like very expensive housing. This was obviously one very rich city. This reminded me of the Eagles song THE LAST RESORT written by Don Henley and Glenn Frey which can be found on their album HOTEL CALIFORNIA. This song is about how we destroy the places we find beautiful.

Row after row, kilometre after kilometre, all you could see was high end housing.