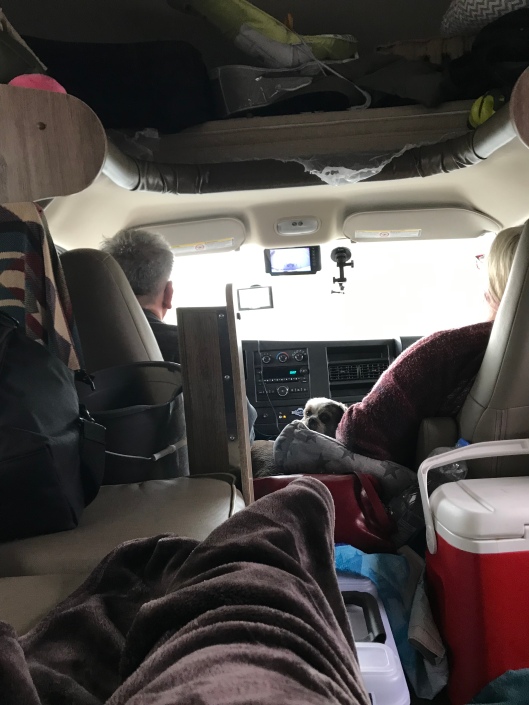 At 11:47 a.m. on May 10 2019 we loaded up our Jayco C Class motorhome with groceries, clothes, camping chairs, various stoves, ovens and barbecues, pots, pans, cooler, kayak, propane tanks and bear spray as we launched ourselves into the trip of lifetime that we had been planning for over nine months.

Finally, husband Frank, Bobby-Dog and I were heading out west, as far as the road, motorhome and our money would take us.

On board for the trip was our eldest daughter Jen with her new three month old daughter Ginny, who would be travelling as far as Winnipeg with us.

There, she and the baby would be visiting with her sister, my youngest daughter Aria and her husband for a week before flying back home.

The first leg of the journey would be an easy one. After a little over four hours of driving we arrived at he KOA camp-sight in Parry Sound, not so much a campground as a mud pit. We would be here for two nights content in the knowledge that we would make the best of our new surroundings and cool mid May temperatures knowing that there is still so much ahead of us. At least we weren’t hopelessly stuck in the mud like some of our camping neighbours, the ones who came with their ATVs, apparently not expecting their trucks to sink in a lake of mud before even reaching their camp sight. 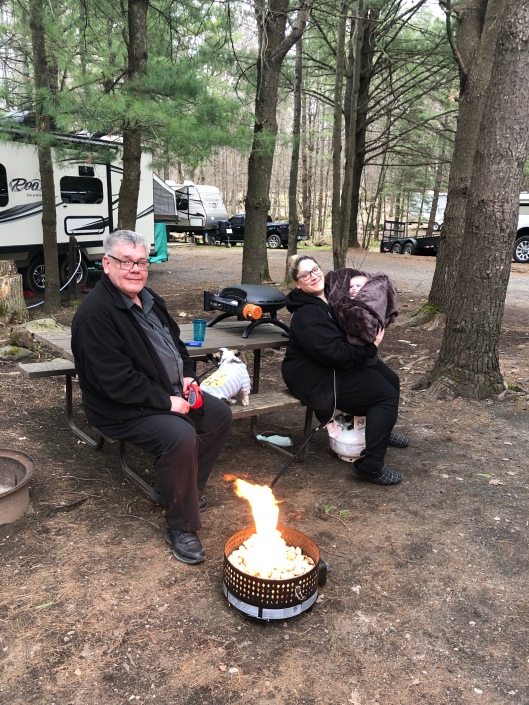 For dinner, we just kept it simple, turkey sandwiches on rye and mushroom soup. The steaks and asparagus would have to wait until tomorrow.

It was a good first day, and I have no doubt there will be many more.

First day down, and at least another hundred more days left to go.