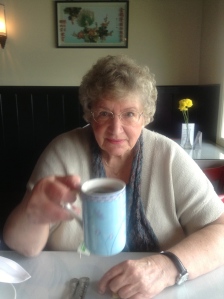 On August 2013, I posted the following: Summer Passage…

Well, the Canadian National Exhibition has opened it’s gates in Toronto for the 2013 season, and I wistfully wish I could pay it a visit like I did so often as a young girl.

However, this year it will not be the case.

Further, ‘Fan Expo,’ North America’s largest gathering of science fiction fans and relevant celebrities including StarTrek’s Zachery Quinto and Hellboy’s Ron Perlman (who also starred in the 1980’s TV show Beauty and the Beast) will be in attendance for meet and greets.

In years past, I have attended these functions and met several childhood heroes, all in great fun!

And again, this year I won’t be attending that either. With the passage of years I realize that time becomes more valuable. Working midnights full time, ongoing medical issues, family commitments, keeping as well rested as possible, and where to invest my pocket money has taught me to carefully weigh my options.

With that being said, I am happy to tell you that my newly renewed passport arrived in the mail this past week.

Further, in exactly two weeks from today I will be flying to Vermont to visit my Mother on the occasion of her birthday.

My Grandmother, Olga Scherer had a wonderful expression which I am very fond of.

This, in German translates into something like: “Anticipation of joy, is the best kind of joy.”

I am indeed anticipating great joy at the prospect of seeing my Mother once again.

Further, I am mindfully fortunate that I have been graced with opportunities to do so.

And for this, I am most grateful

(Above photo taken September 6th, 2013 at the Silver Palace, a wonderful Chinese food restaurant. This is where we usually went after landing in Burlington Vermont.)